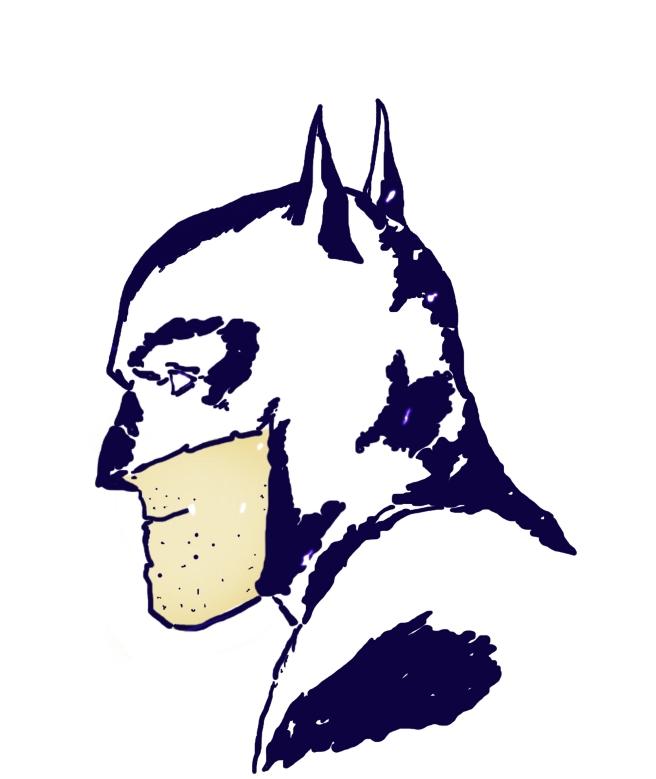 An empty page, a single pencil. That is where it starts. Scratching shapes and forms across the blank canvas until an image forms.

Actually that is not where it starts. It always begins inside, working out the details before you actually start the work.

I usually work in pencils. Comic-style art. At times I step back to look at where I came from. Recently I found an old drawing pad filled with my work. It was like stepping back in time.

Two decades actually. 1994. The work was better than I remember. Reminding me that if I had never stepped away from the pencils I might be a much more accomplished artist than I am now. I also saw my influences jump off the page at me. Jim Lee, Greg Capullo, Dave Johnson…

That brings me to where I am now. What artists have affected my style(which seems to evolve every day)? What is actually mine versus what have I pilfered from others?

Thinking back to the artists I first loved I started with Mike Grell with his work on Superboy and the Legion of Super-Heroes. That is what I thought comics were supposed to look like. That led to Neal Adams on Batman. And then I found Dave Cockrum. Each bringing a realistic but clearly comic work with their own signature style. Then one day I stumbled across Nick Fury, Agent of S.H.I.E.L.D. It looked nothing like the comics I had seen before. It was like the first time I heard Eddie Van Halen play the guitar, Jim Steranko was a breath of fresh air(not that I needed one). Infusing graphic design with the sequential art I had fallen in love with.

These are the men who filled my imagination at a young age. As a young artist I often aped my influences. I would sit there trying to recreate what these masters did day in and day out. For a while I did well. Creating credible art…at least I thought it was.

In walked Jim Lee. Lee was brilliant and extraordinary. His work was on another level from many of the other artists I had seen. Pseudo-realistic, clean and frankly intimidating. Simply watching him draw with ease what would take me hours, days to complete was often discouraging.

I knew that a working comic artist had to finish pages a day not over a few days or a week. I could not imagine ever getting to be that fast. I was still young. Going to college. Going to work. My day of slaving over a drawing pad often consisted of an hour or two if I was lucky. For some reason it did not click that this was a full-time job for those artists. They spent hours a day just working on the art while I spent those hours tending bar. Once that did click my development grew by leaps and bounds.

My tastes changed some too. Once I felt like my work needed to look like my heroes or I was somehow failing. I would try to draw what I saw in my head and it never quite matched up. That is when I decided my style was simply the distance between what I saw in my head and what landed on paper. My inspirations were not confined to realistic, yet stylized artists. There was a broad spectrum. From Mike Wieringo and Huberto Ramos manga inspired work to the gritty look of Cary Nord. From the kinetic lines of Russell Dauterman on the Mighty Thor to the incredibly expressive work of Kevin Maguire and Aaron Kuder. Every month I come across some new artist that brings something new to my table. Things that I pilfer for a time until they too are part of my style.

It is constantly evolving. But now it is clearly mine. Whether drawing a cowboy dinosaur riding a mastodon or a simple sketch of Batman. I have a style of my own.

Time to get back to work.